Fats Waller, Benny Goodman and all the big band groups. Those are the sounds that greeted me in my early childhood. Dad was into his music and it rubbed off. I'm still a fan of Fats and big band swing music and never get tired of performing Fats' "Aint Misbehavin'".
Then of course there was the radio. The mid 1950's-early 60's AM radio blasting out the early sounds of "rock and roll". Elvis....Buddy Holly.....Roy Orbison....the list is long. When I first heard the Everly Brothers sing I understood. It's all about harmony. In the voices..in the music...in the rhythm.

Then in 1964, I saw The Beatles on the Ed Sullivan show. That did it for me. I had to have a guitar and start a band. Seems they had that effect on quite a few people!

I played drums in my first band....The Blue Myst. Except for a few songs that I traded places with the rhythm guitar player.

Playing on stage at the school gym on Saturday night felt like the "big time" after practicing in the living room forever. The Blue Myst only lasted a couple of years or so, Uncle Sam called our lead player to join another group. When he left the band broke up and I said goodby to the drums and moved on.

I started to dabble in songwriting in the early '70's and marveled in the fact that I could create songs by myself. I bought a Tandberg sound on sound reel to reel tape deck and began recording my songs, adding multiple guitar parts and vocal harmonies.
As time passed I played in a couple more bands and did some acoustic duo's with several people. It was in 1984 that I met Matt and we hit it off immediately. 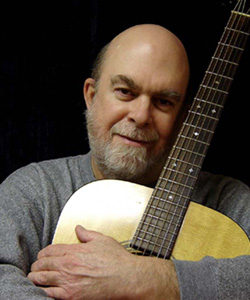 I had never collaborated with anyone before and our first day together we wrote and recorded our first song.....and the magic was obvious. We have been working together on and off since that day.

Influences include: From my early childhood..Fat's Waller, the sounds of the swing bands...thanks dad. Then the early rock and roll legends, you know them all. A special thanks to Phil Everly for teaching me to sing harmony. All the great music of the 60's and 70's. Danny O'Keefe for his originality. Dylan, Byrds, Buffalo Springfield, Hank Williams Sr., Kris Kristofferson, Eagles, Jethro Tull, CSN, Peter Paul and Mary, CCR, Lovin' Spoonful, Yes and many more too numerous to mention.
A special thanks to John, Paul, George and Ringo.....always number one in my book!

Over the years I have written hundreds and hundreds of songs. I've also produced production music for various events and companies including Virginia power, The National Civil RIghts Museum in Memphis, TN, Circuit City and production Music Libraries.

From 1991 through 2002 I was a board member of the Virginia Organization of Composers and Lyricists (VOCAL) and served for three years as President. I had the pleasure of meeting and arranging workshops with Pat Pattison, professor of Songwriting at Berkley and Paul Reisler of Trapezoid. 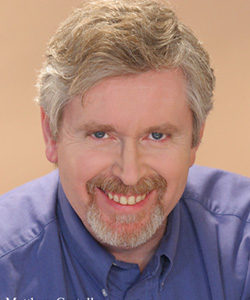 My eclectic influences range from the Beatles, Bob Dylan, the Iron Butterfly and the Ventures through Yes, Bruce Springsteen, and my current favorite Keane.